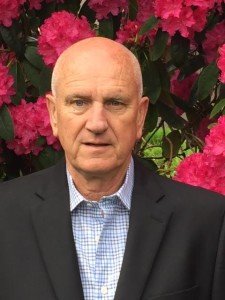 Although his educational background is in mechanical engineering, Gary’s attraction to Real Estate and the entrepreneurial spirit drove him to launch a career in real estate. During the apprentice years, his efforts quickly promoted him to a sales team leader at a major Los Angeles commercial Real Estate firm. This experience helped in establishing his own commercial Real Estate brokerage office.

Throughout his career he has concentrated on the marketing of  “for sale” commercial and investment real estate. In 1995 the experience, achieved by means of marketing and closing of a congregate senior housing complex, afforded him the ability to launch a business plan to exclusively work in this unique segment of the business. He has spent many years acting as an exclusive finder of buyers and sellers for healthcare and retirement properties.

Gary understands the many complexities of operating a senior healthcare/retirement facility. This has allowed him to not only be able to properly analyze an offering, it also helps him identify who of our long list of contacts would be best suited for that offering. Because of this and his many years cultivating relationships with those who buy and sell these types of businesses, Gary has been very successful bringing together buyers and sellers.

Larry has an extensive background in business ventures, including being part of a management team that established a large national furniture rental company in California; leading the turnaround of an ailing business; developing a new market for an engineering and design firm; and has been a principal and advisor with several small and medium sized business ventures.

Further, Larry has considerable experience in social/civic affairs, fund raising, economic development and work force development with various government and philanthropic organizations. In this capacity Larry has acted as program manager and advisor to help design, develop and implement a number of programs.

Larry is a graduate MBA and has lived through the complexities of and the issues facing companies seeking business mergers and acquisitions of properties such as yours. He has facilitated the sale of a number of transactions throughout the US with the Avery Company, since 1991.

Jolyon began life in the United States working as a foreign correspondent for British newspapers but changed careers in the mid 1970’s after being introduced to Gary. 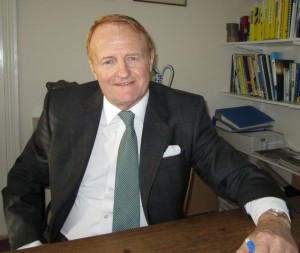 They started their professional relationship shortly afterward with Jolyon working as an agent  and later as a broker in the commercial sector of the business focusing primarily on large and medium size apartment houses, office buildings and strip shopping centers. Later, when they became full partners as the Avery Wilde Company, they moved into the syndication business where they formed a number of highly successful limited partnerships comprised of similar types of properties.

Since moving into the senior housing sector of the business, Jolyon has relocated to the Eastern Seaboard of the US. He specializes in skilled nursing, assisted and independent living facilities.

When he is not working, Jolyon also owns a farm in his native UK where he indulges in his two passions; horses and sail boats. He’s a keen showjumper eventer and still competing. He also spent several years, back in the 90’s building and sailing a 50 foot blue water cruising yacht, which is currently on her second circumnavigation.